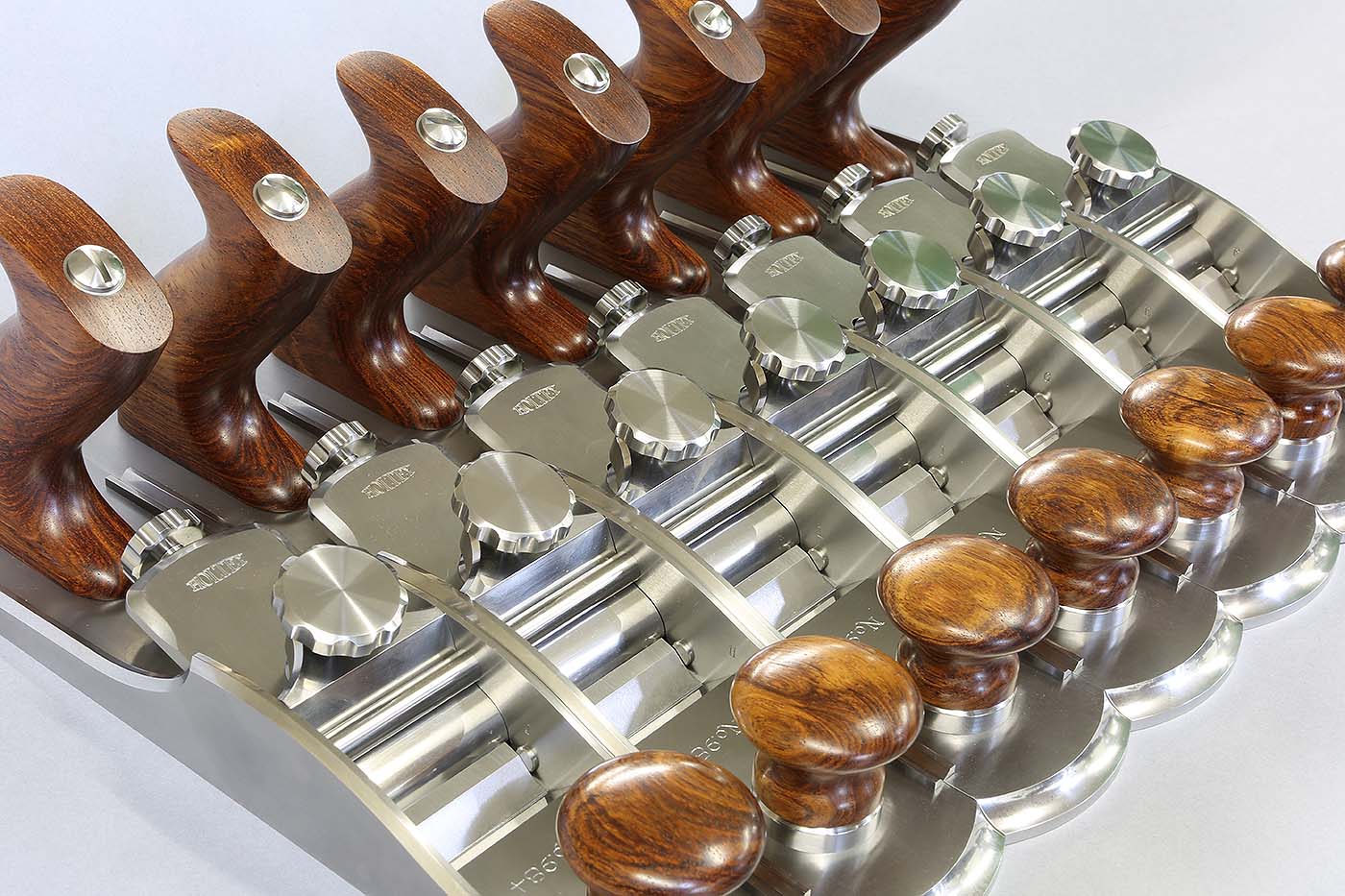 My philosophy has always been to surpass my previous work. I feel my No.983 was the best plane I had ever made, so this new plane has been quite a challenge. It has taken me much longer than I thought, as it was fraught with revisions and upgrades, however the planes are now finished.

The plane is all stainless steel 13 5/8” long with a 2” blade and is a 17 degree bevel up panel plane. Most of its features are similar to the No. 983 block plane, and as usual all my work has detail and precision. The No.984 plane incorporates the same design principals as the No. 98 which was the first in the series, and one of my most successful planes, similarities can be seen in many other planes today. I wanted to revisit the No. 98 to make some final revisions and have taken the opportunity to do this in this panel plane. 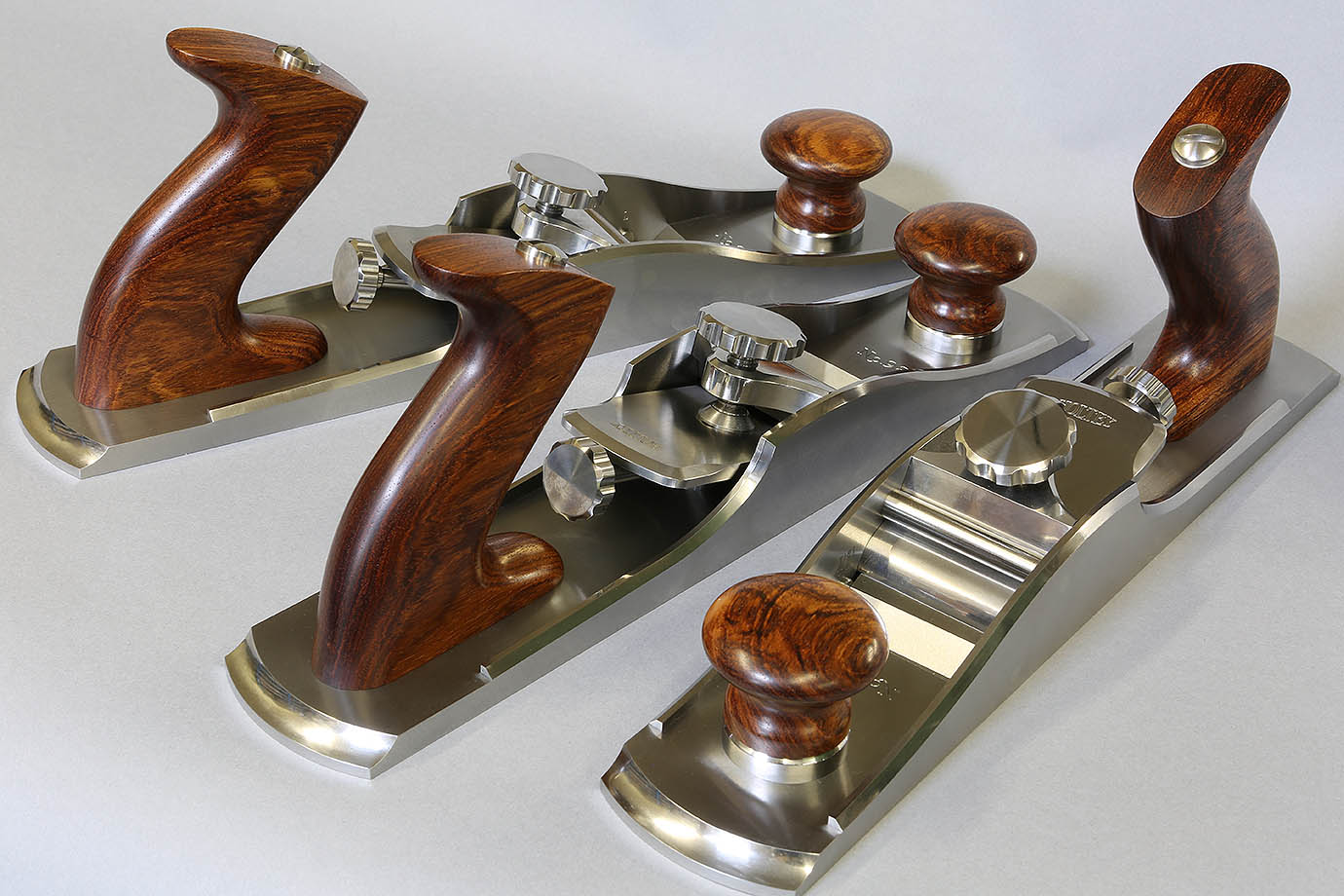 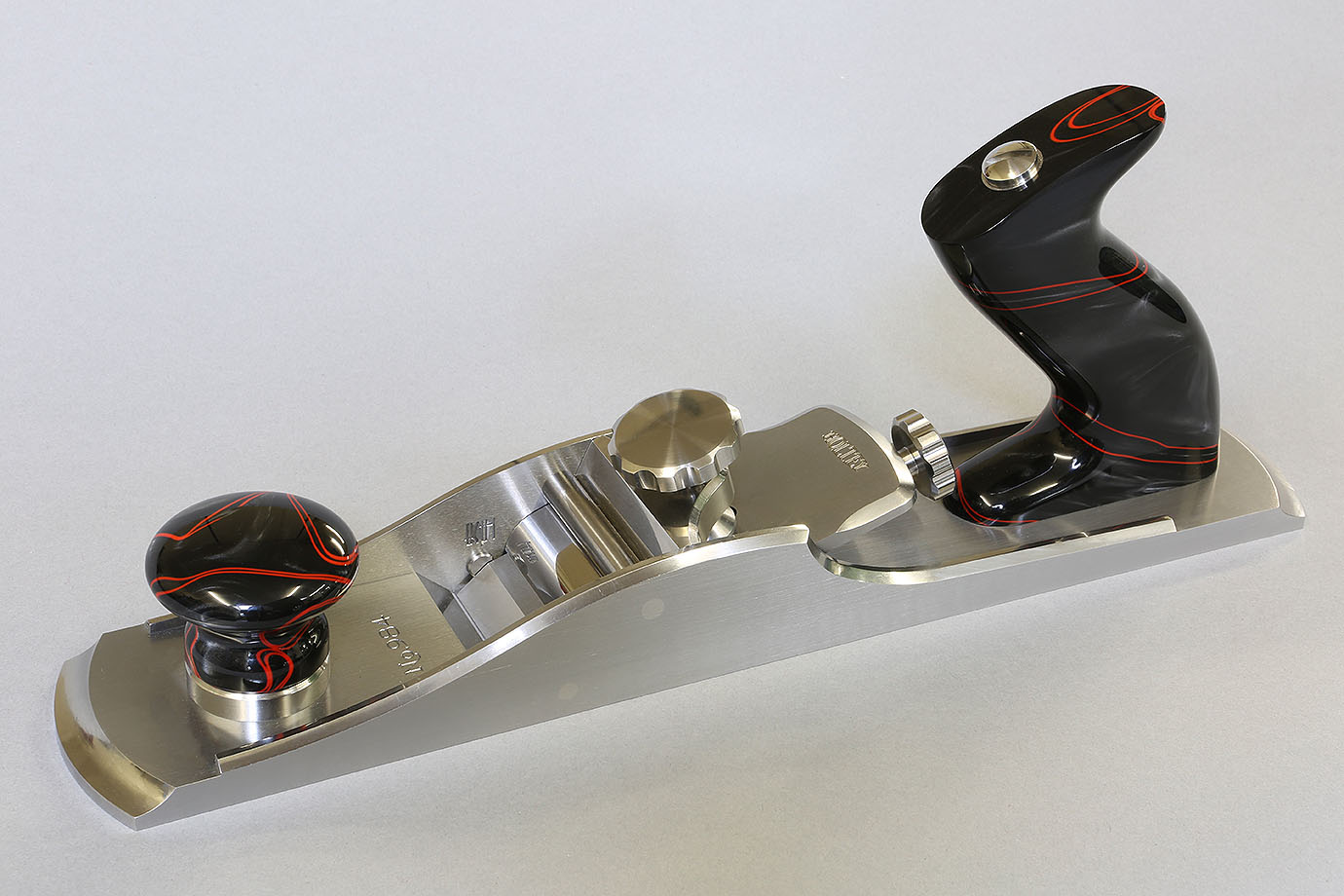 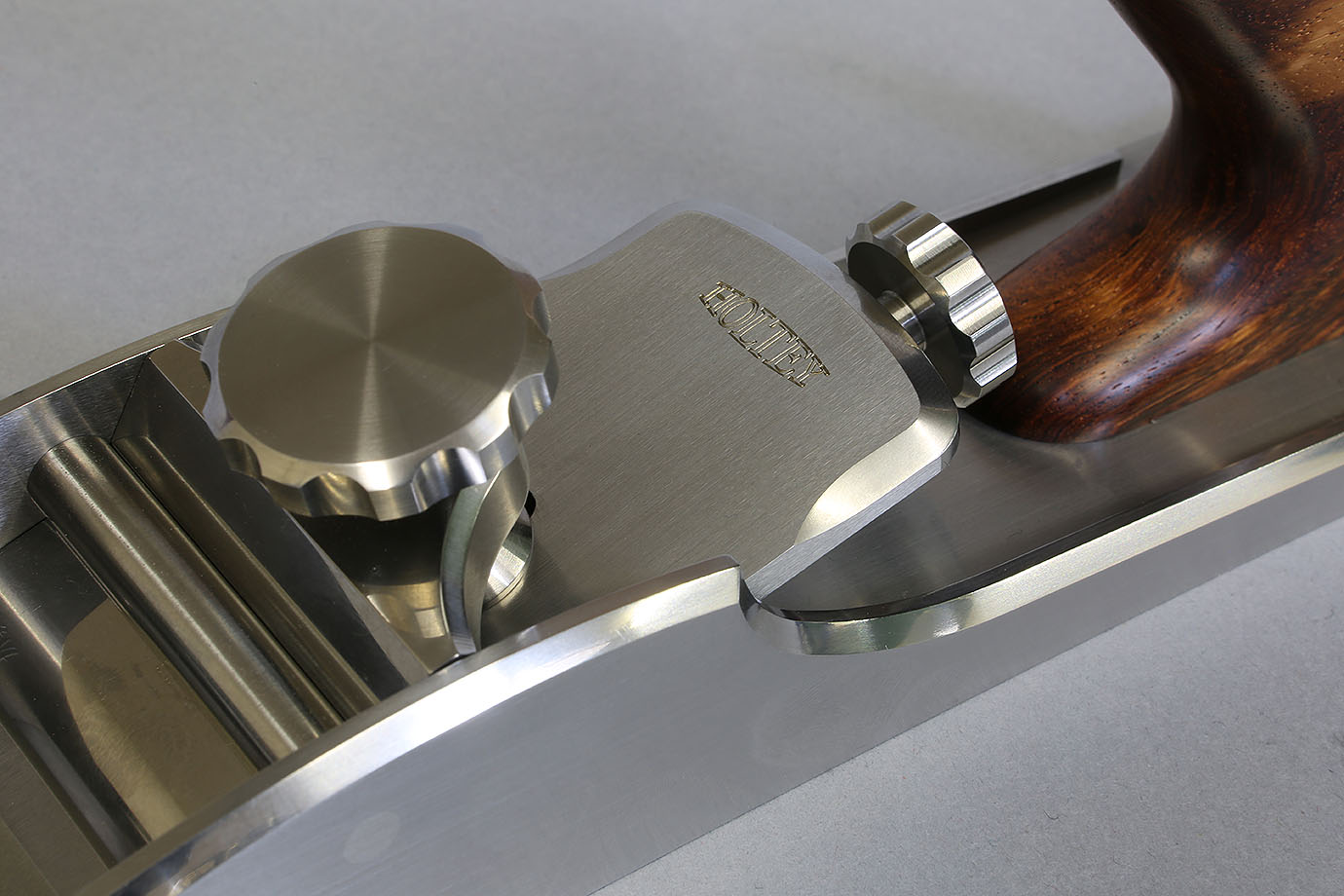 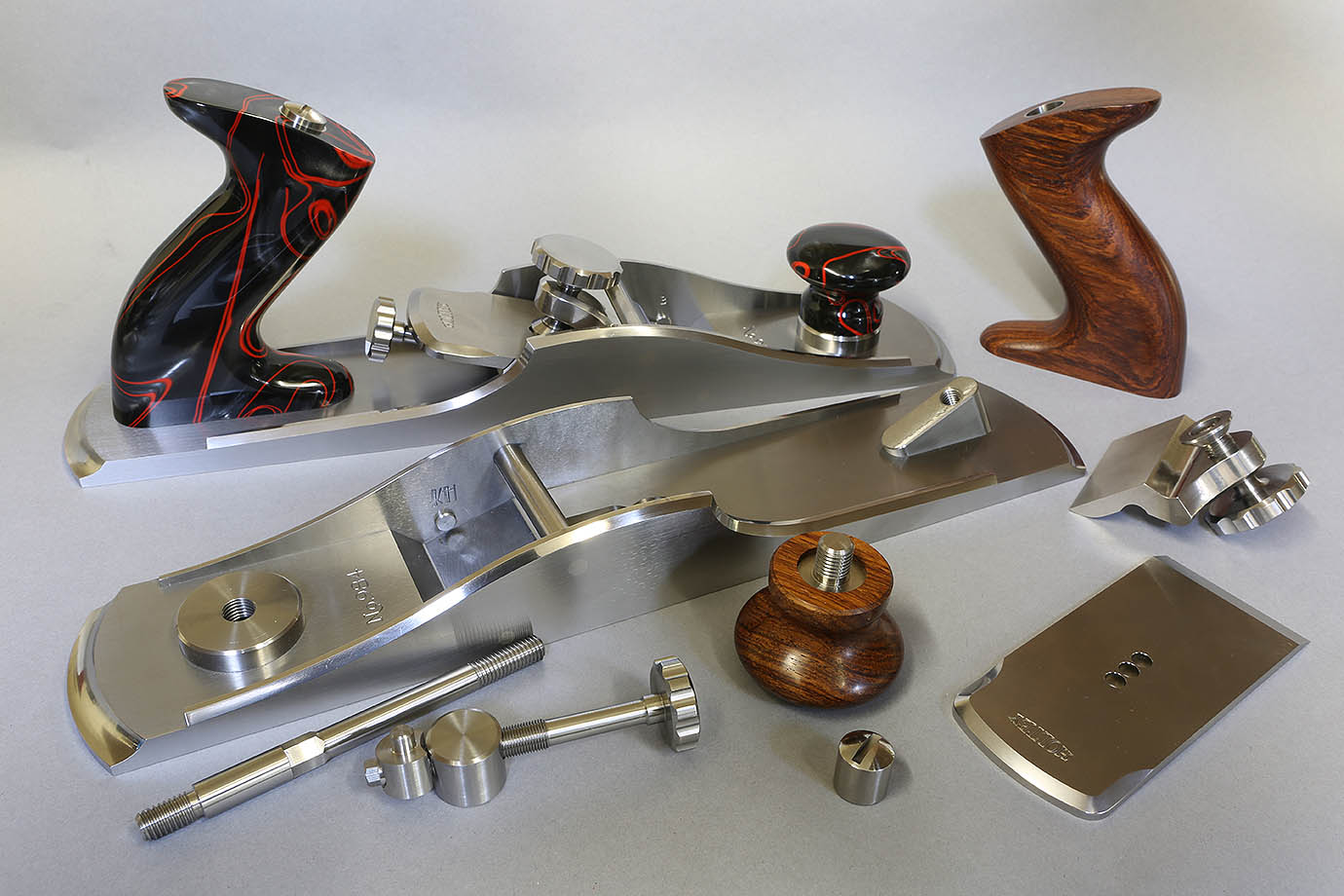 I have revised the adjuster stem by keeping it all in one piece, with a single thread so that the thumb wheel is always in station with the blade. The adjuster is the well proven Norris type incorporating lateral adjustment and working in conjunction with two kicker pads in the mouth area. The mounting of this adjuster is unique as it is precisely recessed into the bottom of the plane and requires no fixing. Once the blade and lever cap are removed the adjuster can be lifted out, allowing easy access for cleaning.

Instead of traditional knurling techniques I have index milled (as in the No. 983) the edges of the thumb wheels, which seems more befitting of a high end product. Using a stepped lever cap (cut from solid stainless) means I can facilitate the use of a swivel clamping pad, and the lever cap has been contoured in a manner to keep the clamping arrangement perpendicular to the blade. This also includes a slight recess for the bridge, keeping the lever cap secure whilst making adjustments at any orientation.

An open handle is the only practical type of tote for a bevel up plane. I considered many types of handle and have seen some examples where the handle is almost vertical, and some people prefer handless planes. In my research I found that a handle angle approaching 20 degrees feels very comfortable when using a plane at average bench height. However this would be quite radical in its appearance, and would be difficult to fit into the space available. I found that all the traditional planes had an angle of 56 degrees (which I have used myself before). For the No. 984 I have reduced this angle by 8 degrees to 48 degrees, which feels very comfortable and more ergonomic and aesthetic.

As with all the planes in this series, the bun is a low profile mushroom shape which gives better feedback in use. I feel that the mushroom design is more logical, having a flatter top which is nicer to bear down on. 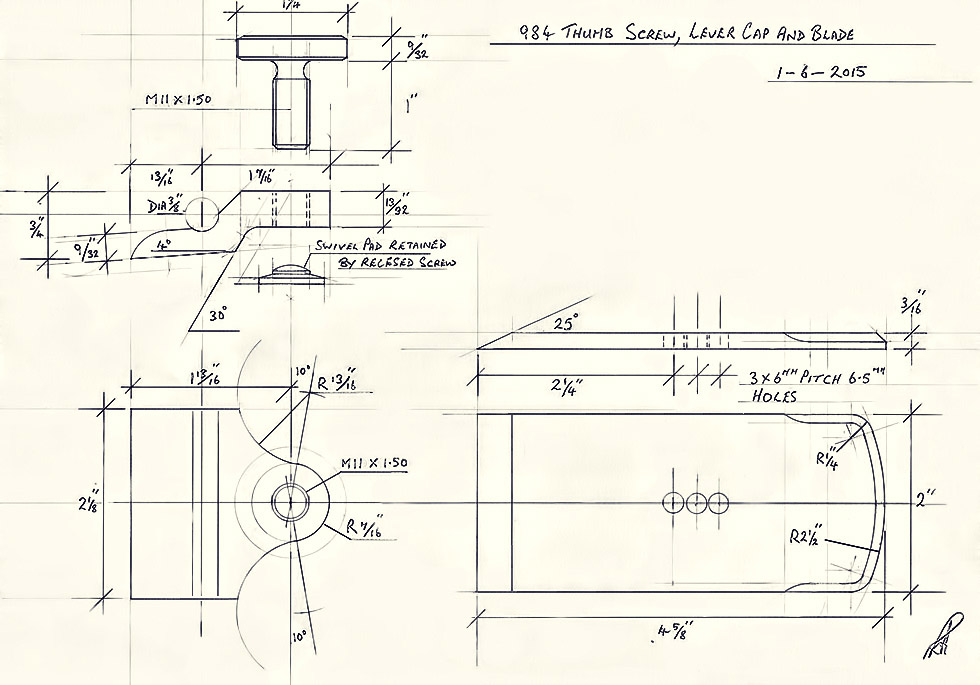 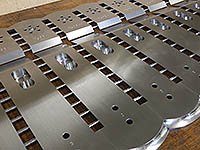 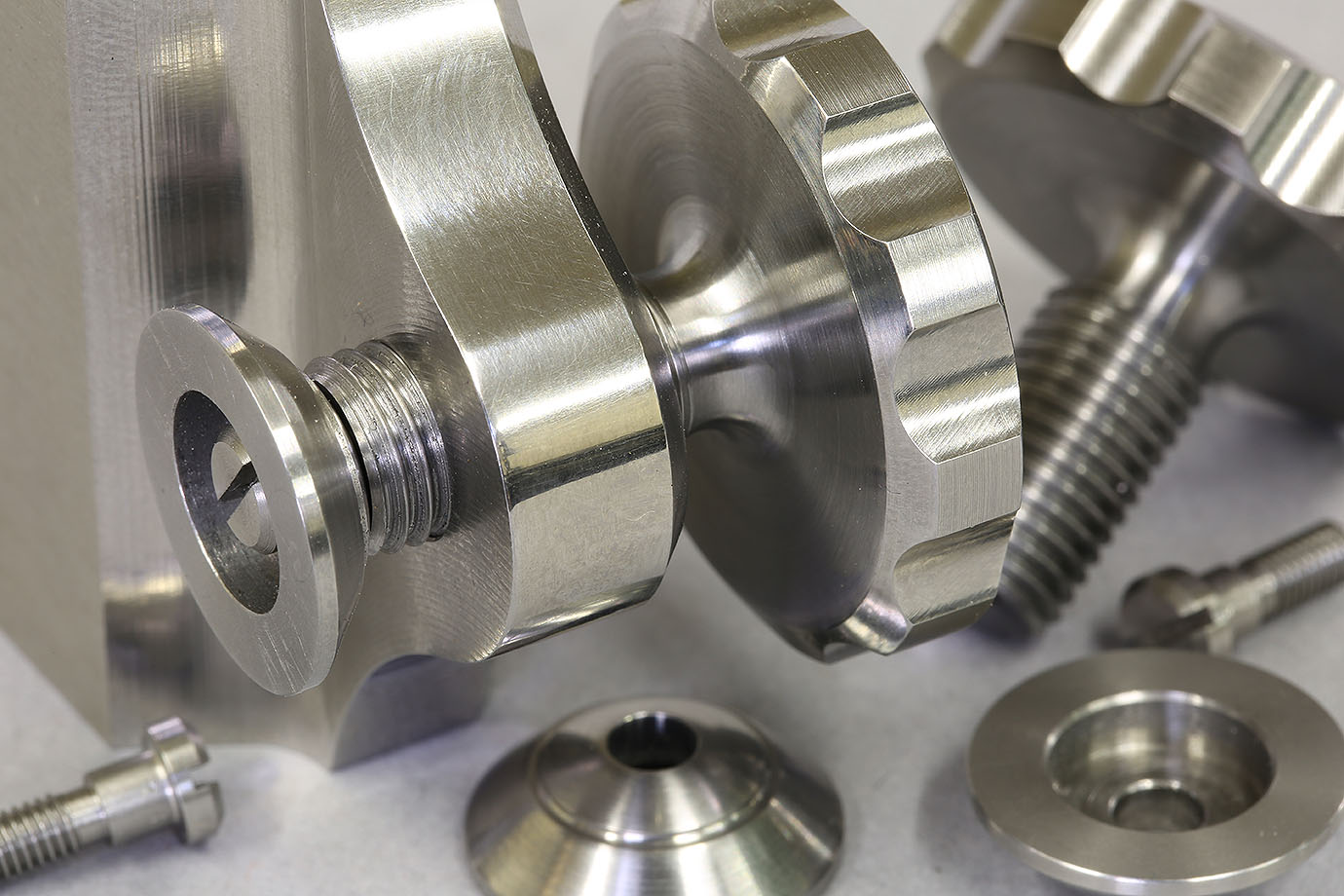 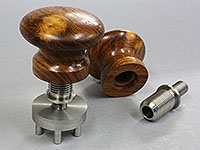 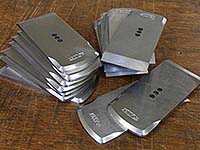 The front and rear on the revised plane is squared off with swept corners, the original which is bow shaped having a scotia form. I personally like the revised edition as it matches the No 985 and seems more business like. 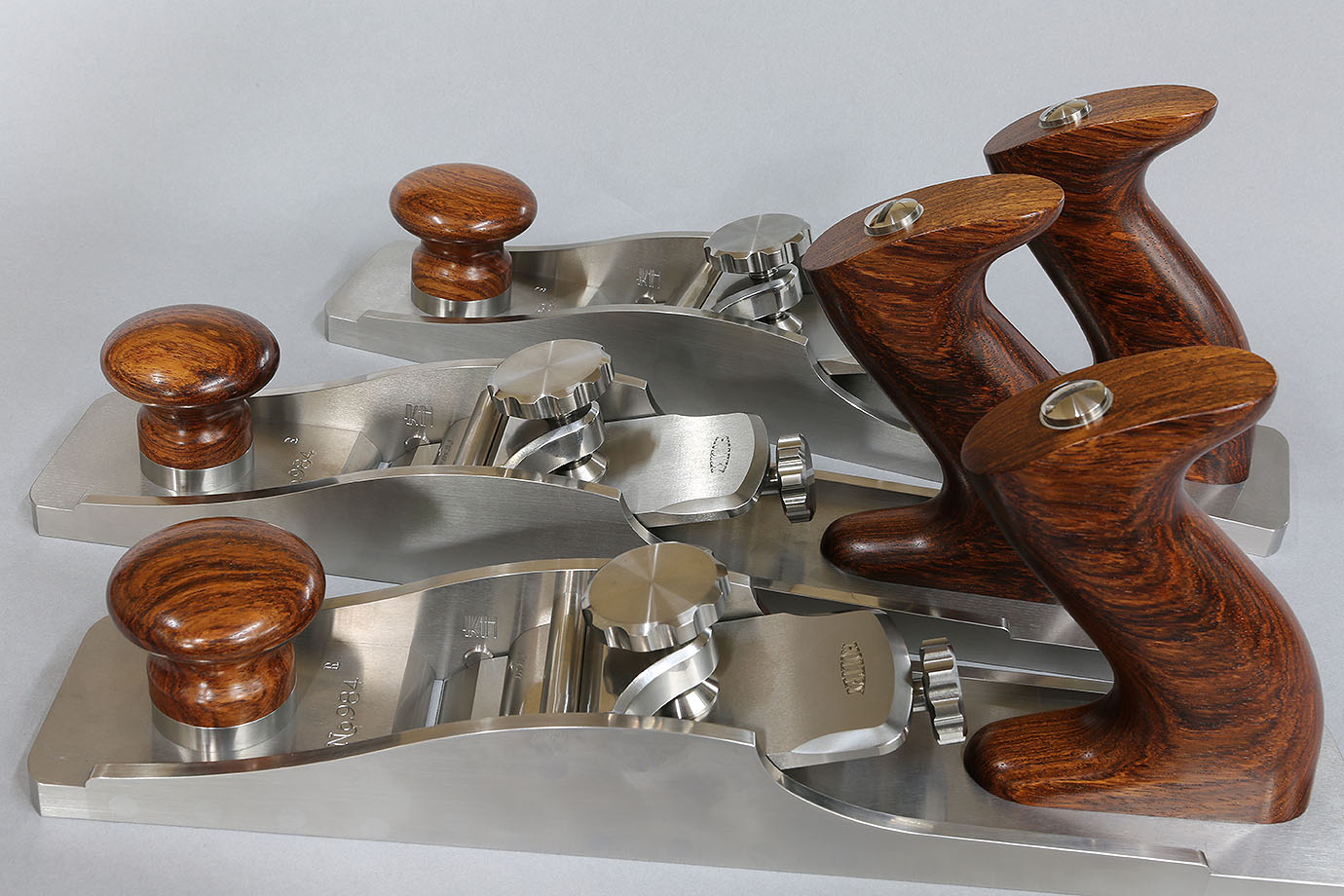 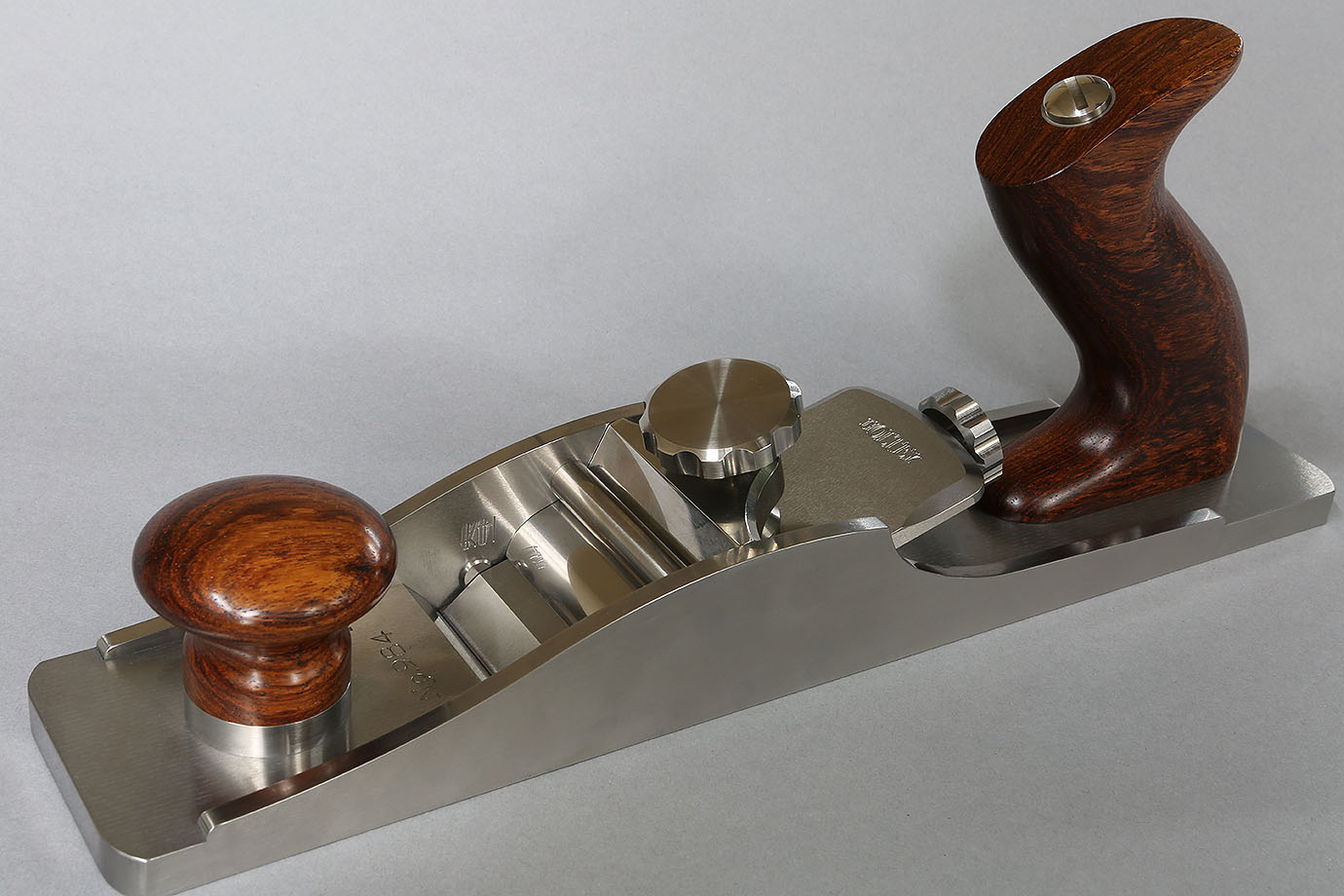