The first version of my 11S smoother had a snecked blade with no adjuster, and making the sneck (with the rounded edges for ease of handling) was a lot of extra work. In later versions I added a simple adjuster (photos below) and re-designated the plane the 11SA.

The original Norris mitre planes had a bed angle of 20° and this in combination with an average honing angle of 30° gives an angle of attack of 50°. This angle (slightly steeper than the usual 45°) is best suited to smoothing and is known to a few as York pitch.

Plane makers have found that high angles of attack produce planes with less tendency to tear the wood when working with difficult hardwoods. 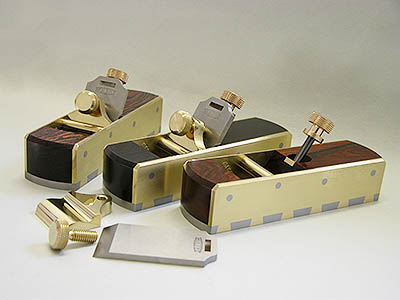 In this new plane the blade is reversable, allowing the bed angle to be elevated, as honing angle is no longer a major component of the attack angle. With the 11-SA plane I have gone slightly beyond York pitch with an attack angle of 59° and with the blade reversed the angle is 89°. This has resulted in a plane which will be ideal for the finishing of difficult grains in cabinet and instrument making.

The reversing of the blade has allowed a steeper shorter blade to be used which gives a much improved hand hold behind the blade.

The 11-SA was made with Rosewood, Ebony and Boxwood infills as shown in the pictures, with gunmetal sides and steel sole. A few were also made dovetailed but all in steel. 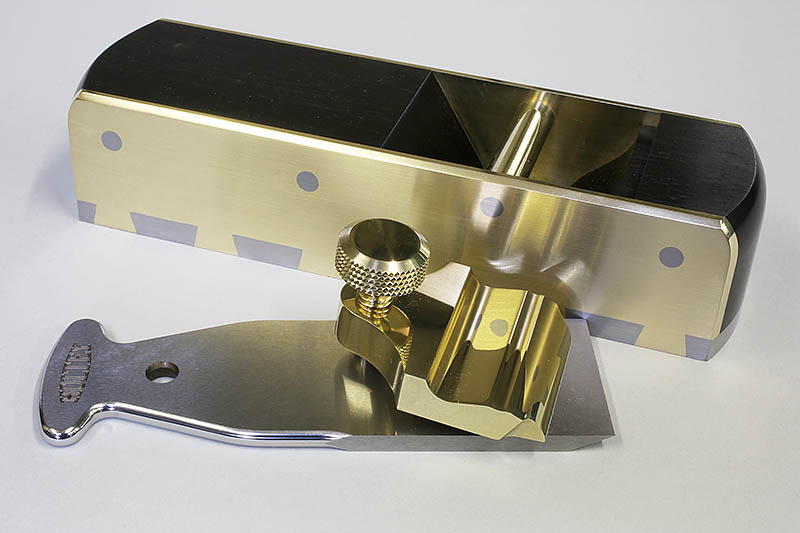 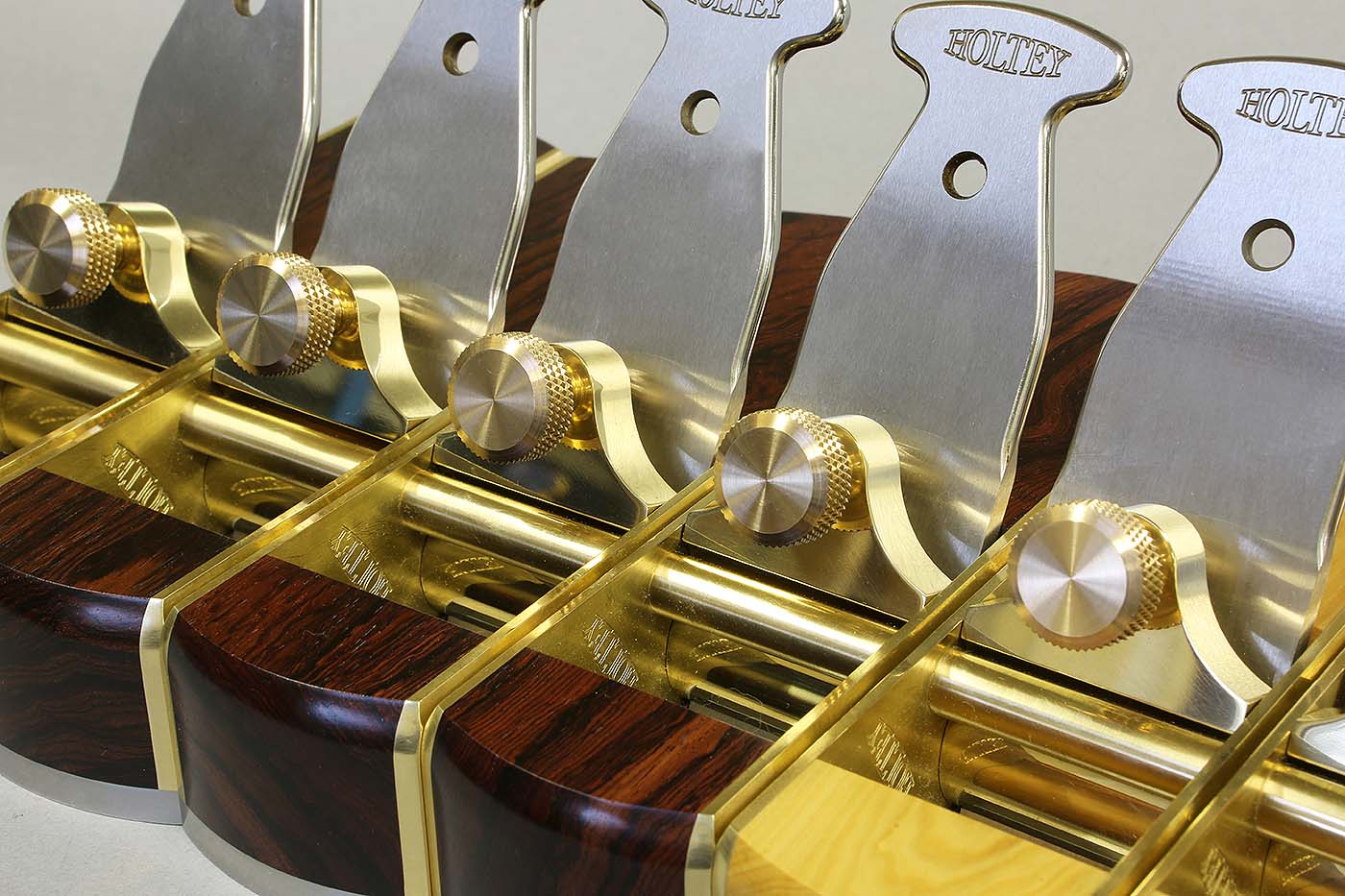